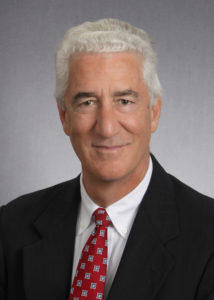 Frederick W. Thieman currently practices law in the areas of arbitration and mediation. Prior to establishing Thieman Legal LLC, Mr. Thieman most recently served as the Henry Buhl, Jr. Chair for Civic Leadership. In that capacity, he worked to bring people together to address Western Pennsylvania priorities, and advance designated regional initiatives. Prior to his appointment to the Chair, he served for nearly a decade (2007-2016) as President of the Buhl Foundation, Pittsburgh’s oldest multi-purpose foundation. As President of Buhl, Mr. Thieman was recognized for his leadership on important community initiatives in education, youth development and human services, while also guiding the Foundation to a place-based focus on the Northside of Pittsburgh. A former United States Attorney for the Western District of Pennsylvania, Mr. Thieman arrived at Buhl with an impressive civic and professional background.

Appointed by President Clinton, Mr. Thieman served as the United States Attorney from 1993 to 1997, where he headed an office of 42 attorneys who both prosecuted criminal violations throughout Western Pennsylvania and handled voluminous civil litigation ranging from health care issues and tort liability to employment rights and environmental impact.  While serving as the U. S. Attorney, Mr. Thieman was instrumental in establishing a youth crime prevention effort in Allegheny County that garnered national attention.

Over the course of his 30 year legal career, Mr. Thieman practiced as a trial attorney with a specialty in complex business related litigation. He began his career in 1977 as a law clerk to Pennsylvania Supreme Court Justice Thomas W. Pomeroy, Jr.  While practicing law, Mr. Thieman was recognized in professional journals as one of the leading attorneys in Pennsylvania.

Mr. Thieman was admitted to practice in 1977 after graduating magna cum laude from the University of Pittsburgh School of Law where he was a member of the Order of the Coif and served as Assistant Editor of the Law Review.  A 1973 honors graduate of the Pennsylvania State University, Mr. Thieman is a member of the American College of Trial Lawyers, Academy of Trial Lawyers, the Pennsylvania Bar, the United States District Court for the Western District of Pennsylvania, the United States Court of Appeals for the Third Circuit, and the U.S. Supreme Court.  Mr. Thieman has served on numerous non-profit boards and foundation boards, including the Heinz Endowments and the Buhl Foundation, and is the recipient of numerous civic leadership awards from organizations such as the University of Pittsburgh, Urban League, Community College of Allegheny County, League of Women Voters, the Mentoring Partnership and the Academy of Trial Lawyers.

Mr. Thieman is a lifelong resident of the Pittsburgh area where he resides with his wife Christine.  They have four children.